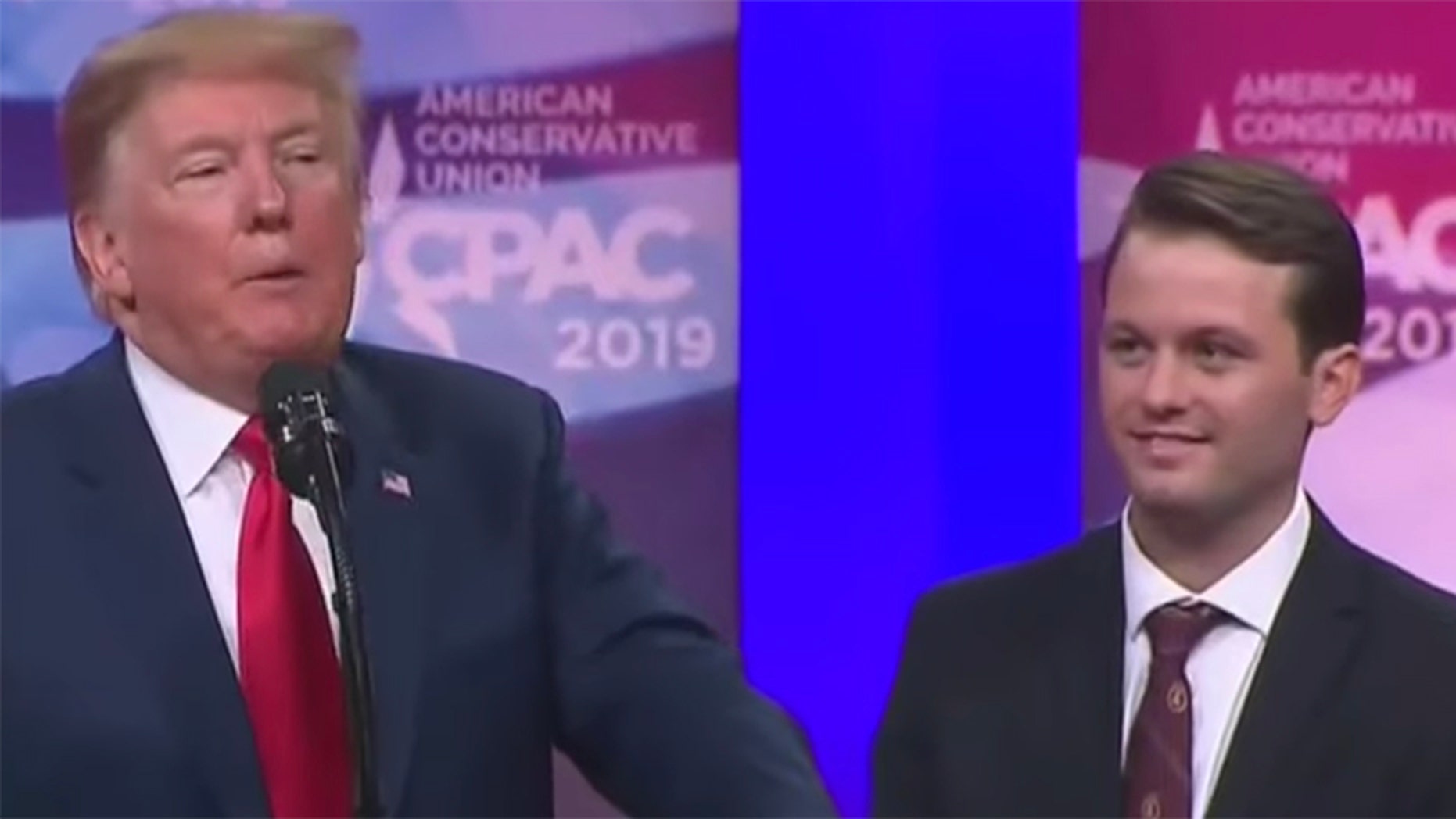 President Trump on Saturday invited Hayden Williams, the conservative activist attacked at Berkeley, to the stage to speak at the Conservative Political Action Conference.
(Fox News)

President Trump announced Saturday that he will sign an executive order to promote free speech on college campuses.

Trump made the announcement at the Conservative Political Action Conference after he brought up to the stage Hayden Williams, the conservative activist attacked last month at University of California-Berkeley. Conservatives have accused some colleges of trying to supress anti-liberal viewpoints.

“He took a punch for all of us,” Trump said of Williams. “And we could never allow that to happen. And here is, in closing with Hayden, here’ the good news. He’s going to be a wealthy young man.”

Trump urged Williams to sue the man who assaulted him, but added, “he’s probably got nothing.”

The president drew cheers as he urged Williams to sue Berkeley as well.

Williams told Trump that students would continue to defend him so long as he defended them.

“These students do it because they have a love of our nation and freedom and, frankly, a love for you Mr. President,” Williams said.

Trump said to chants of “U.S.A, U.S.A.’ that the executive order would require colleges and universities to support free speech in exchange for federal research dollars.

“If they want our dollars, and we give it to them by the billions, they’ve got to allow people like Hayden and many other great young people and old people to speak,” Trump said. “Free speech. If they don’t, it will be costly. That will be signed soon.”

Zachary Greenberg, 28, was arrested Friday on an arrest warrant accusing him of punching Williams several times in a a Feb. 19 attack.

Williams, 26, is campus recruiter for The Leadership Institute, a conservative group.

Berkeley officials said Greenberg and Williams are not students.