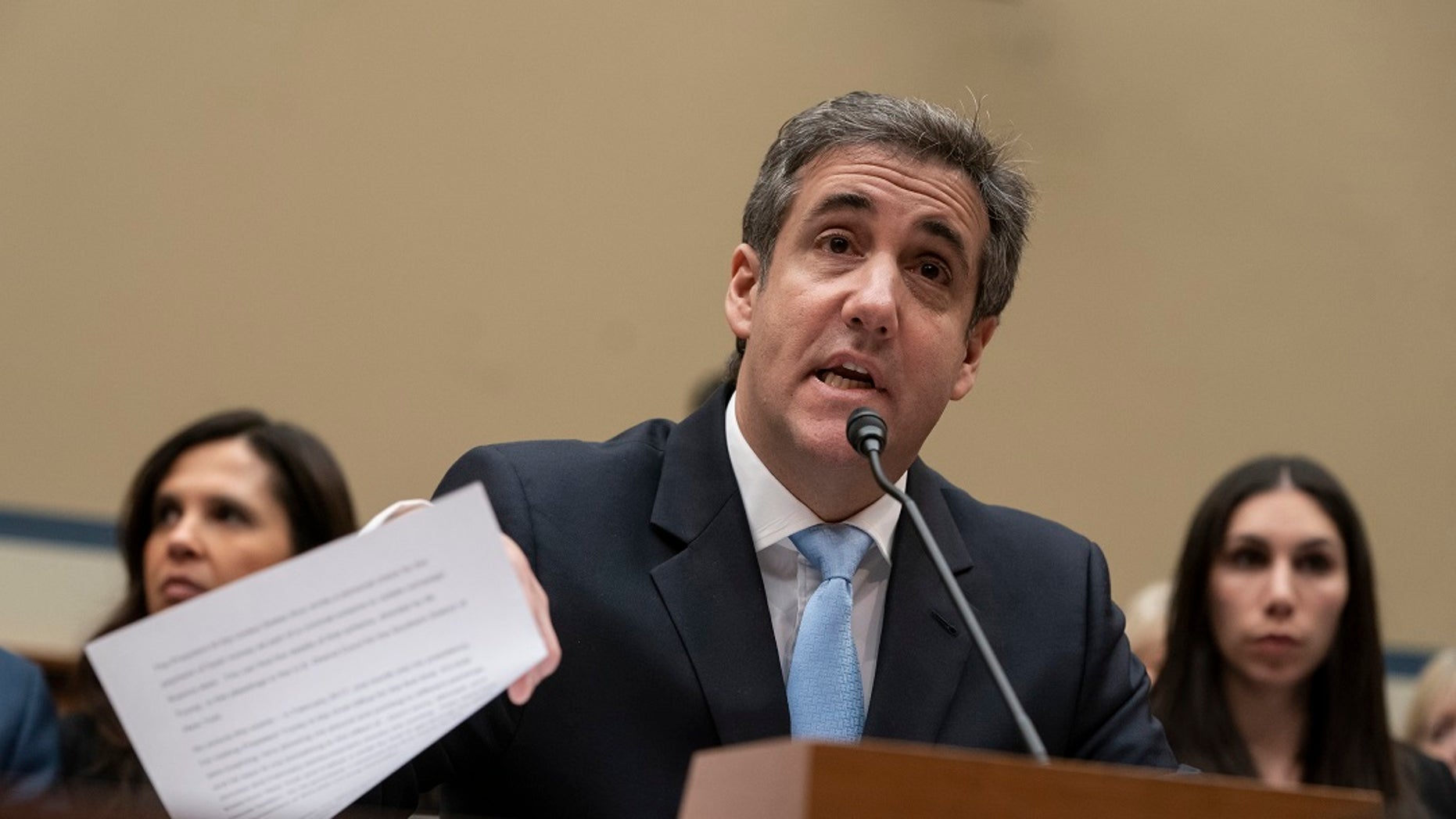 The sketch parodied Cohen’s recent testimony on Capitol Hill, in which he told the House Oversight and Reform Committee that his former boss was a racist, a conman and a cheat.

“For any other president, this hearing would be the most humiliating and damning day of their lives,” “SNL” cast member Kenan Thompson said, portraying committee Chairman Elijah Cummings, D-Md. “For Trump, it’s just Wednesday.”

“For any other president, this hearing would be the most humiliating and damning day of their lives. For Trump, it’s just Wednesday.”

‘SNL’ IS TOUGHER ON TRUMP THAN PAST PRESIDENTS, BUT NBC WON’T LET UP ANYTIME SOON, EXPERTS SAY

Before his testimony, Stiller’s Cohen remarked that he “had some help from the guys that wrote “Green Book” when asked if he prepared his testimony himself. “Green Book” won the Academy Award for best picture last month but has been engulfed in controversy for its handling of race.

“Of course the first time I testified was also under oath, but this time, I like, really mean it,” Stiller quipped, referencing false statements that the real-life Cohen made to Congress in 2017.

“Now I know how Khloé Kardashian feels,” Stiller’s Cohen said, taking a swipe at the reality star’s recent breakup with boyfriend Tristan Thompson, who was accused of cheating on Kardashian with 21-year-old model Jordyn Woods.

“I’m so angry, I couldn’t even wear a jacket today,” he shouted after calling Stiller’s Cohen a “lying piece of human trash.” He also said he had never even heard of Cohen, to which Stiller replied: “Your mother has.”

“You’ve been working in some of the sleaziest circles in America for year. What other criminals and lowlifes have you worked for,” Hader asked.

“I was the deputy finance chairman for the Republican Party,” Stiller replied.

It’s long been known that President Trump is not a fan of “SNL.” On Feb. 17, the president issued his most recent Twitter message criticizing the comedy program.

“Nothing funny about tired Saturday Night Live on Fake News NBC!” Trump wrote. “Question is, how do the Networks get away with these total Republican hit jobs without retribution? Likewise for many other shows? Very unfair and should be looked into. This is the real Collusion!”