“We took the opportunity to go up and save the flag as kind of a symbol of hope,” Hopewell Fire Chief Donny Hunter told “Fox & Friends” Sunday.

A kneeling Hunter is seen lowering the flag as the fire rages. He is then joined by firefighter Timmy Cibula.

The video shows a third firefighter working the hose to protect Hunter and Cibula. 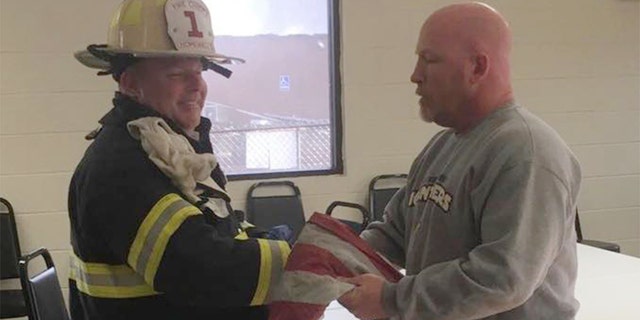 “I think the best statement was it just felt like the right thing because it’s a symbol and it’s a little bit of hope,” Hunter said.

He described the response to what he and Cibula did as “overwhelming.”

“The flag means a lot to us especially in the fire service, we’re based on tradition,” Cibula said.

Hunter said they were touched when they returned the flag to the governor of the lodge.