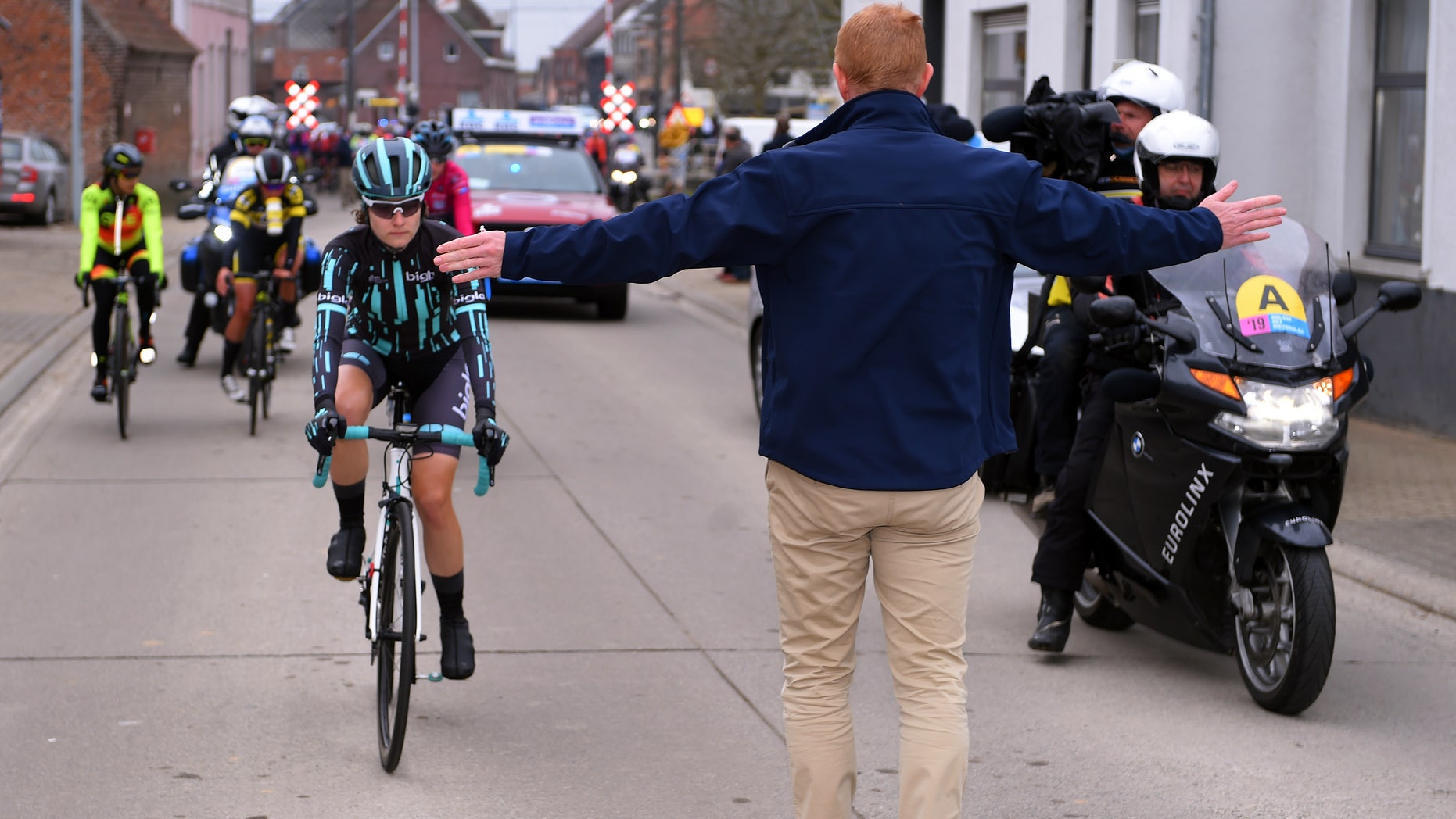 During a cycling race in Belgium, the leader of the female pack forced officials to momentarily halt the women’s race after her grueling pace caught up to the men, who started 10 minutes earlier.

Nicole Hanselmann, 27, was forced by Omloop Het Nieuwsblad race organizers on Saturday to put on the brakes in order to create a gap between the men’s and women’s races. Despite both races starting in the same location, the organizers appeared unprepared when Hanselmann could be seen from the rear vehicles of the men’s race, according to Cyclingnews.

“We came too close to the men’s so we had to get a neutral time gap again, so it was a bit sad for me because I was in a good mood and when the bunch sees you stopping, they just get a new motivation to catch you,” Hanselmann told Cyclingnews after finishing the race.

The delay allowed the other female riders to catch up and her pace slowed down soon after.

Hanselmann finished the race in 74th place, a disapointment compared with how she started. She posted onto instagram with the hashtag’s “#ohnwomen” and “#womenpower”

The race was won by Boels Dolmans’ Chantal Blaak.